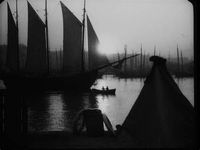 The masterpiece of early cinema, Eisenstein’s 1925 Soviet classic, Battleship Potemkin finds its new sound with Opera North’s 2017 commission to mark the centenary of the Russian Revolution and also to honour the wish of Eisenstein who hoped the score to be rewritten every 20 years to retain its relevance for each new generation. The film will be screened with Norwegian electronic musician and producer Jan Bang (Punkt) and Matt Calvert (Three Trapped Tigers) performing the score live with guitars, electronics and found sounds which are utterly fitting to the scenery, intensifying Eisenstein’s phenomenal imagery.